The blessings of liberty 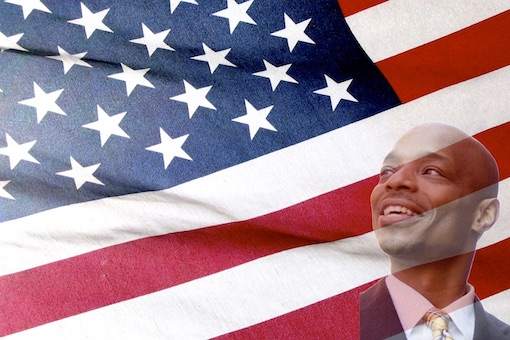 I’m thankful that I get to live in a nation that bestows so many rights on its citizens. I enjoy these blessings simply because I was born in the USA – born into freedom as a citizen of the United States of America. The other 96% of Earth’s living population was not.

At this time of Thanksgiving, celebrated in the USA as a distinctly American holiday, I would like to reflect on the Pledge of Allegiance that I grew up saying, and am still proud to recite. The Pledge of Allegiance expresses the ideal state of the union, not necessarily the way it has played out historically. We have a lot to work on to realize the ideals, and every generation of Americans must share its burden of the quest. I am thankful and proud to be an American–a citizen of the United States of America.

I PLEDGE…  This is an individual decision. We enter into pledges as statements of solemn promise to do certain things and not do others. A pledge is personal. Perhaps, we take the Pledge of Allegiance so lightly because we learned it in mass as children and recited it as a ritual without meaning, like so many ritualistic sayings we utter mindlessly and soullessly. But I take the Pledge of Allegiance personally. I mean it when I say it.

ALLEGIANCE TO…  Loyalty and devotion. Consider how you act toward a person, a cause, or an organization to which you are devoted. You cherish and nurture the relationship and would never put your personal interests above the well-being of the relationship. I don’t just live in the USA, I have a relationship with the USA.

THE FLAG OF THE UNITED STATES OF AMERICA AND TO THE REPUBLIC, FOR WHICH IT STANDS, … A flag is a symbol. A symbol evokes both an intellectual and an emotional response. All organizations use symbols to convey their identity and values.

The name of our nation represents a relationship between the parts and the whole. The states have agreed to entrust authority to a central agency to help meet mutual needs that the states cannot individually meet for its citizens. Some needs are simply too big and complex for individual states to tackle alone. We do this as a republic, in which we the people select those who will represent our collective interests at various levels: cities and towns, counties, states, and as a nation. We are not a monarchy, Our President is not a king. Our President is entrusted with the office for no more than two terms, and while in office, the President is expected to devote full time and attention to one thing–to preserve, protect, and defend the Constitution of the United States.

ONE NATION… A whole entity. Our pledge is to a single nation that is a complete entity. This is the same attitude as being a member of a family, or a group, or a team in which personal self-interest is secondary to the needs of the whole body. I am especially troubled by the notion that some global corporations act as if they owe no such loyalty to the countries in which they are domesticated. They not only hold themselves above those nations, they attempt to influence public policy and laws so that the corporation’s interests are held above the interests of the citizens of those nations. To them I ask, if an individual can commit treason, and if a corporation is granted the same rights as an individual, can a corporation commit treason?

UNDER GOD… We answer to the higher authority within us that inspires us to our better selves. We respect all expressions of faith, hope, and love. If God is love, as Christians claim, then our patriotic duty is to love all others as we love ourselves, is it not?

So, I give thanks that I have the privilege as a natural born citizen to live in a nation where these ideals are believed, and I will do my utmost everyday to assure that these ideals will in fact be our normal practice in all aspects of our governance and way of life. Furthermore, I will call into account anyone, no matter their station in life or their position in power, who claims the blessings of liberty for themselves, but denies them in word or in deed to others.

Such is my pledge.

Past episodes of INPowering Thoughts